A day that started with what I thought was 23miles but turned into a leg busting 29 miles, at least this would be the last of the big cock up days!
As I walked across the bridge over the river Wear I noticed some new signage and that was the ECP.  The English Coast Path has been in the planning stages for many years and at last some progress is being made to way mark all of the English Coast, the section I was walking along goes from Sunderland to Middlesborough. 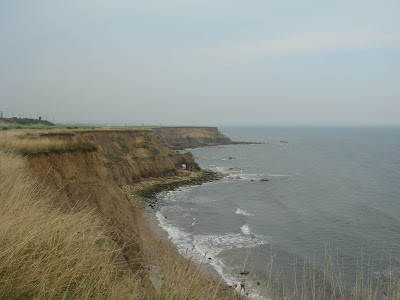 The coast became a lot more rugged as my made my way towards Seaham, the ECP signage was doing a good job so far. I stopped in Seaham for my second breakfast just as a little rain was starting to fall, this had been my first (and as it turned out last) rain of the journey so far. I thought I had managed to dodge the rain but alas a big shower had me dashing for the trees and trying to get my brolley out!  The ECP winds its way along the coast but then suddenly you have to take a right turn and cross over the railway line, I guess just like The Wales Coast Path a few farmers still don't want you on their land. 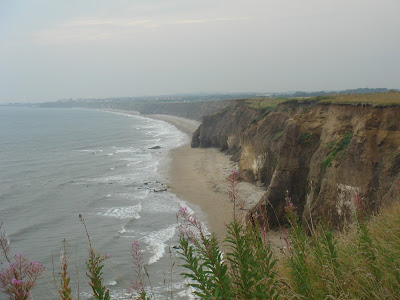 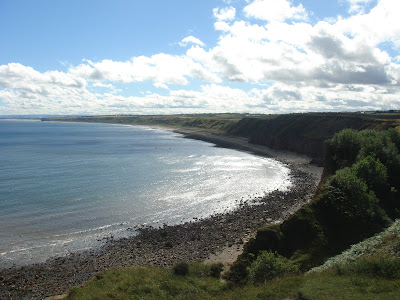 At Horden point I was able to scramble down the hill and make contact with a beach for the first time today,  the tide was going out so I had 9 miles of glorious beach to walk, this would take me eventually to Hartlepool.  The only down side of beach walking sometimes is when you have a pier to focus on in the distance, it all looks a lot closer than it actually is!  So, 2.5hrs later I walked past the pier and followed the road around the Heugh Battery this then took me along through the surprisingly nice marina in Hartlepool and finally onto my bed for the evening in Seaton Carew.

Accommodation: The Norton Hotel, 1 The Green. Seaton Carew. £30.00 RO.  This really is one to avoid, its basically a "contactors" hotel, its grubby and just awful.
Posted by Walk around the British coast at 07:32