After a very average nights sleep I went in search of a place in Seaton Carew to have breakfast as the hotel I was stopping in was bed only, I walked along the seafront and there was nothing open I fortunately had an "emergency banana".  I glumly ate my banana as I walked out of Seaton Carew, the wind had got up overnight and this was significant to me as I would be crossing the River Tees today via the transporter bridge, if the wind was too strong then the bridge couldn't operate and I would be faced with a very long walk into Middlesborough and back out again.
There is only one road from Seaton Carew to Middlesborough and its a fast one! There is a path for about a mile and then its a case of diving in the bushes when the lorries come past.  Middlesborough is very industrial and you can smell it before you actually arrive such is the concentration of Steel Works/Chemical Works.
As I walked along the busy road towards the Transporter Bridge I kept squinting to see if the  gondola was running along the top of the bridge, eventually I saw something move and my heart lifted! I picked up the pace and made my way around to the departure point.
This was my second Transporter Bridge of my journey, the first one was in Newport in Wales. I love the whole concept of the bridge and it was a shame that I was the only passenger on the journey across the Tees, but it was 60p well spent! I chatted to one of the men who operate the gondola and he informed me that there are 6 transporter bridges in the world so maybe another project for me in the future would be to visit all of them!
Not long after the bridge I picked up the Teesside way Path, this runs from Dufton in Cumbria to South Gare on the north sea coast a total distance of 92 miles.  This part of Teesside way I found myself on ran parallel with the railway line most of the way to the sea, however there was a problem when I reached a fence barring the way.

I had been warned by 2 different people that the route was blocked but I decided to ignore both of them! I ducked under the fence to the right of the blockage and walked along side the path until I found a way over the fence, it was pretty easy in the end and the path was clear all the way to the road.  At the junction of the road/path there was a council sign saying why the path was closed, obviously the sign at the end I entered the path on had been removed.
I carried on along the Teesside way until I reached the signpost that marks the start/finish of the walk.
Its a nice start/finish point because the post is sprayed silver and so are the walking shoes/seat and backpack a good place for a rest :)
I continued on towards Redcar and I must say I was pleasantly supprised on how nice the seafront was, here are a few pictures. 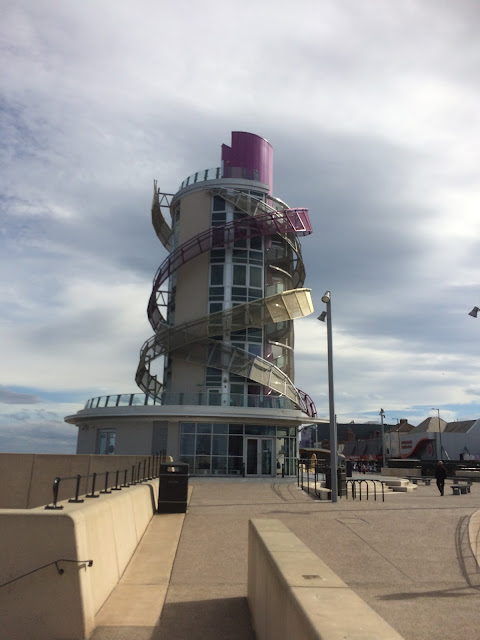 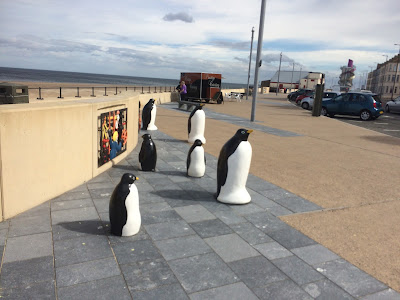 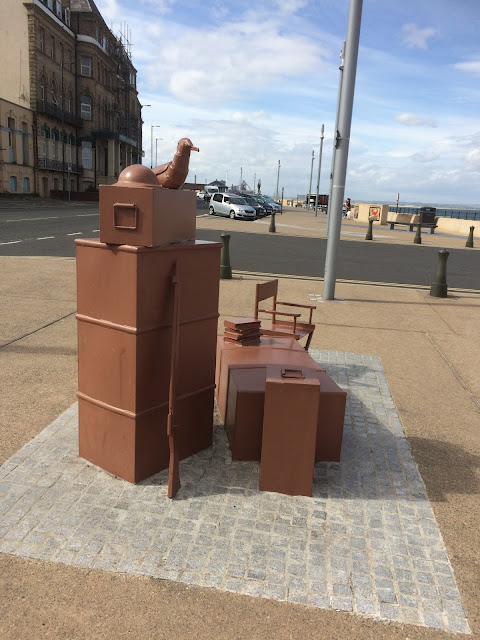 I was able to take the beach route to Saltburn,  I had arranged with some family friends to meet me on the way, this was another first for me as I had company(other than coast walkers!) for one of my walks! 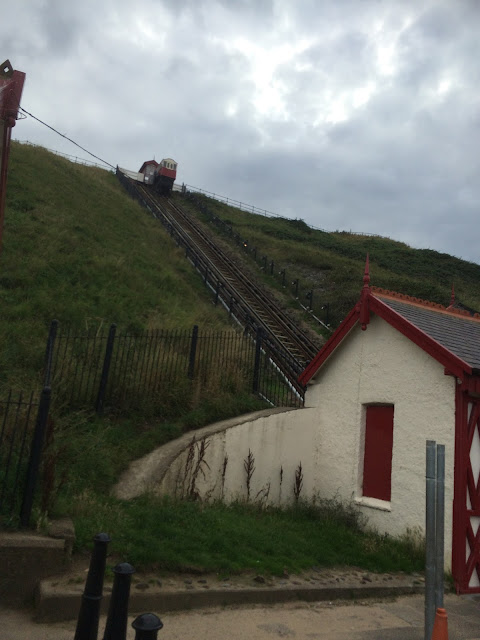 I had been looking forward to Saltburn and its superb funicular railway.  I stopped for an hour and drank tea with my friends, but all too soon I had to wave them goodbye. I had now picked up the Cleveland Way and the first hill was a big un! I huffed and puffed my way to the top of the hill and then carried on along the cliff tops before dropping down into the lovely bay at Skinningrove. A very varied and rollercoaster days walking.


Accommodation: Moonfleet, 1 The Square. Skinningrove. £60.00 BnB. A really nice place to stay and the host was fantastic. Like I always say " you get what you pay for"

Posted by Walk around the British coast at 05:03